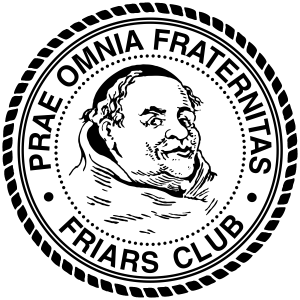 Harvey Bell is a longtime New Jersey resident who enjoys the music of Frank Sinatra and follows the New York Knicks in his spare time. In addition to these endeavors, Harvey Bell belongs to the Friars Club. A members-only organization for the entertainment community and those pursuing other career paths, the Friars Club fosters social and professional relationships and hosts various luncheons, honorary dinners, and other activities.

One of its hallmark events is the Celebrity Roast, a public event wherein top entertainment- industry names make unrestrained yet comedic barbs at the guest of honor. A raucous tradition, the event is filled with witty remarks. Since its inception more than a century ago, the event has brought laughter and enjoyment to guests and audiences alike. Furthermore, the Friars Club ensures that it upholds the event’s motto: “We only roast the ones we love.” Guests have included an assortment of celebrity figures beloved by the club, including individuals such as Bruce Willis, Whoopi Goldberg, Quentin Tarantino, Jack Black, and Lucille Ball, among many others.